Colombo, the capital city of Sri Lanka, is a city of styles and vibrant business.

Colombo, with the wide bay in harbors and the important geographic location, is always a popular terminal in the ocean trade, since 2000 years ago. 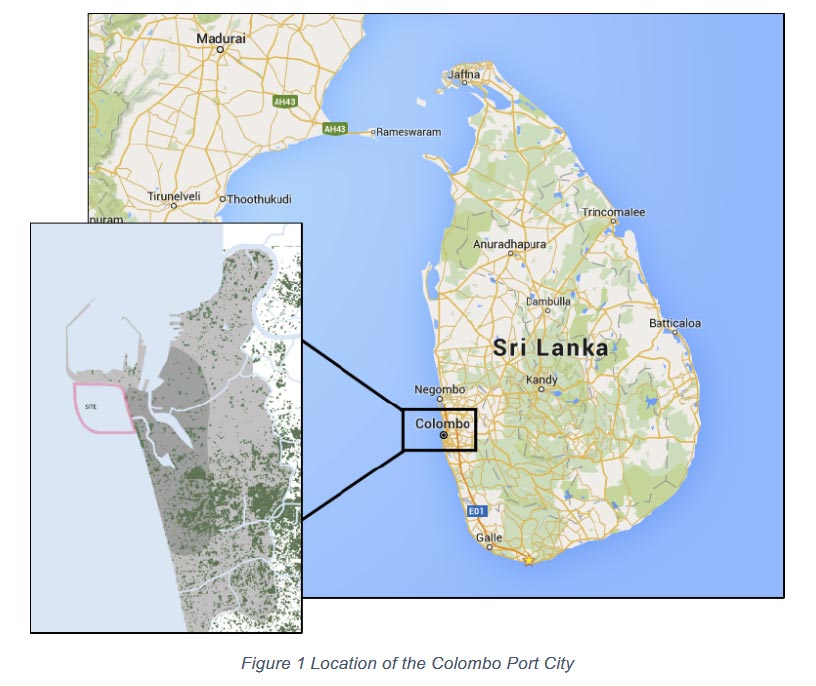 The Location of Port City Colombo in Sri Lanka

Recently, Skidmore, Owings & Merrill (SOM) has been selected as the unanimous winner of the International Urban Design Ideas Competition for the Financial District and Marina District of the Port City Colombo, Sri Lanka.

Therefore, SOM’s winning in this competition is not only a demonstration of its solid strength but also of extraordinary meaning to the firm.

The jury, including the internationally renowned registered architects, the principles and the deans from university and colleges, are selecting the excellent works in the competition

Formed in 1936, SOM is one of the top architecture design firm in the world, covering architectural, urban design and planning etc.

It has been recognized with many praises and awards, such as the Architecture Firm Award from the American Institute of Architects in 1962 and 1996.

It goes without saying that SOM is a firm at full capacity. 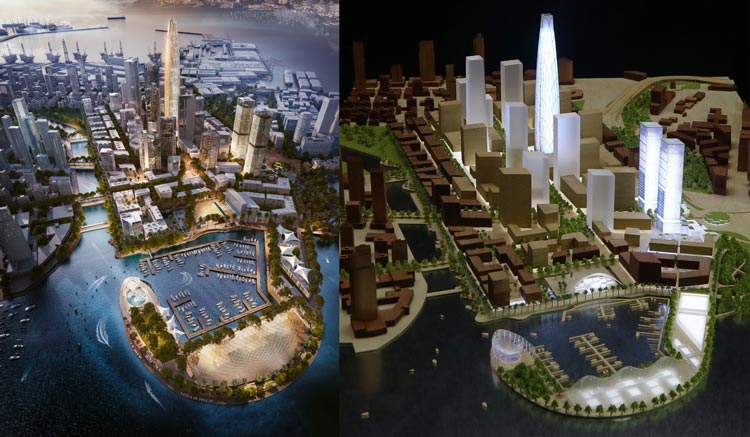 The rendering of the Marina District of Port City Colombo, Sri Lanka by SOM and the models of it by RJ Models

It’s RJ Models’ honor that we are deeply involved with SOM again in the project of the Marina District of Port City Colombo, Sri Lanka, for the model building in the bidding.

And this is a solid contribution to SOM’s winning in the competition. 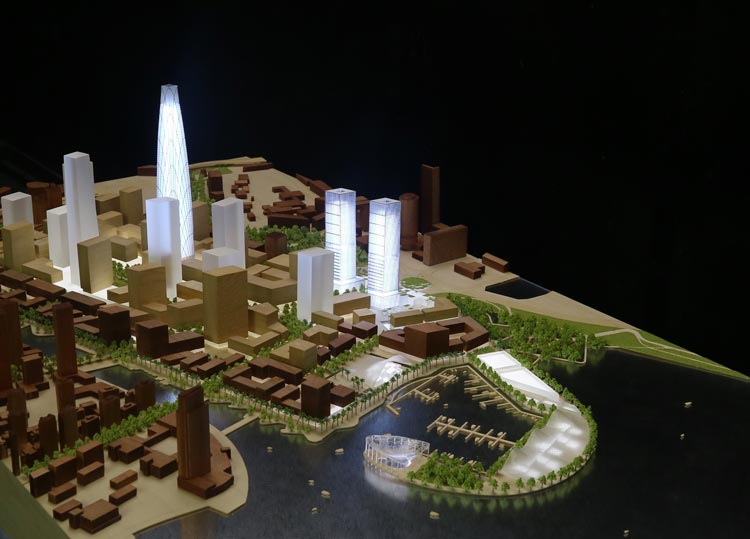 RJ Models has cooperated with SOM for more than a decade in several hundreds of international level projects.

The coordination between both parties is going smoothly based on the mutual trust in the long-run cooperation. 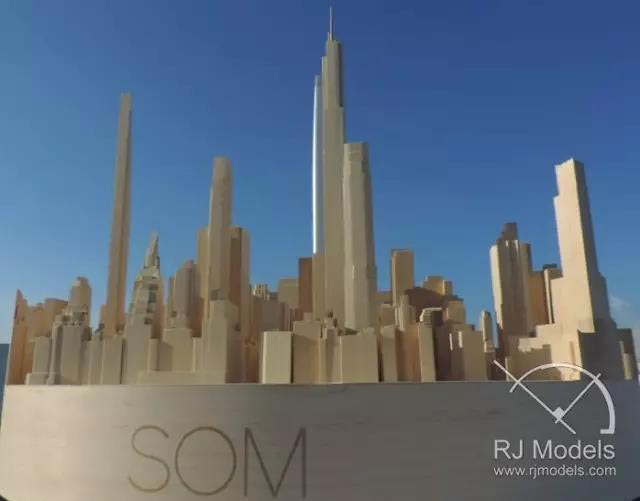 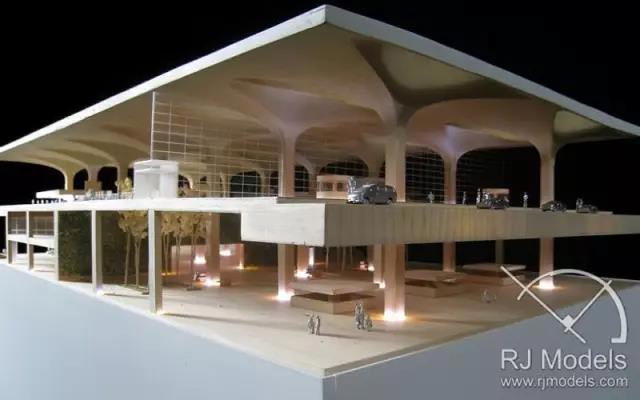 The Lisbon Airport Model Project in Portugal by SOM in scale 1:100 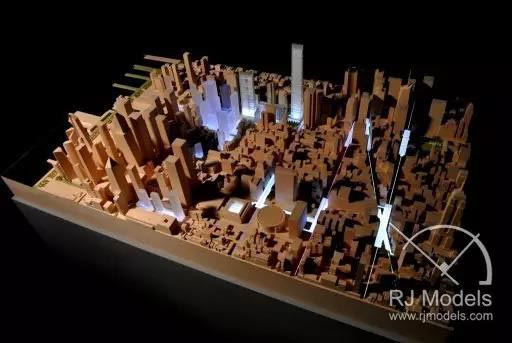 The Re-Planning Project of New York City and its Metro Model by SOM in scale 1:1000 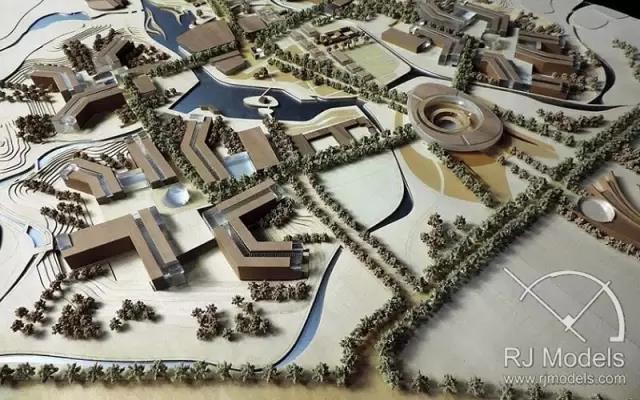 The Urban Planning Project of Beijing City Model by SOM in scale 1:1000 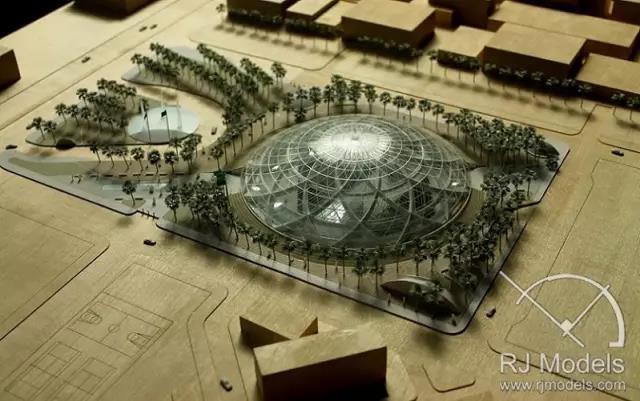 The Urban Planning Project of Riyadh, Saudi Arabia by SOM 1:750

RJ’s architectural model maker spend only one week to build the models, the dimension of which is 1200 mm x 800 mm at 1:1500 scale, with 8 members working and only two days to ship the models from Shenzhen, China to Sri Lanka without any damage using RJ Models’ expertise in international model shipping.

All these have demonstrated the efficiency and the profession of RJ Models in the industry. 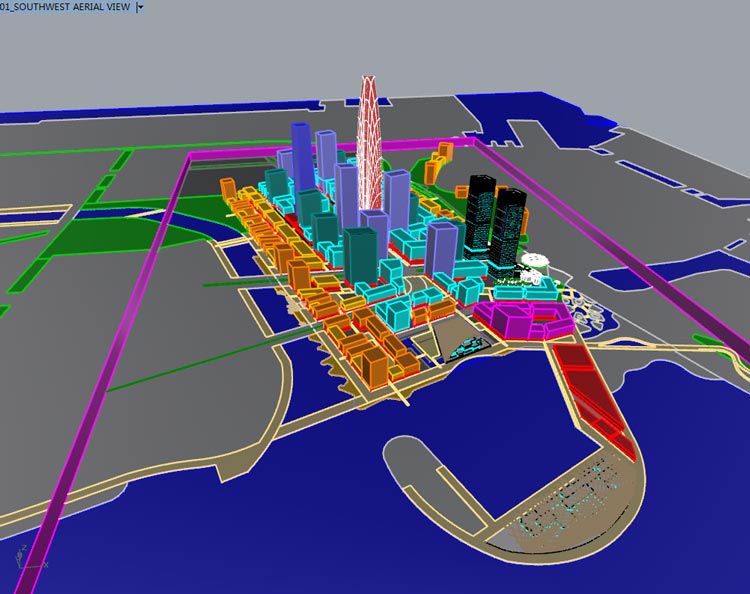 The design team of RJ Models re-illustrated the 3D files featuring the scale and the size of the architectural models based on previous experience in the cooperation and the thorough comprehension of the project.

RJ Models recommended the color and the result of the models SOM wanted and then divided it into several areas for building, so to clearly distinguish the design area by SOM and the district of the city.

The planning of the whole city becomes clear as crystal while the financial district in light wood color, and the rest area in dark wood color.

By using the art style of the architectural model, the aesthetics of SOM’s design is prominently interpreted. 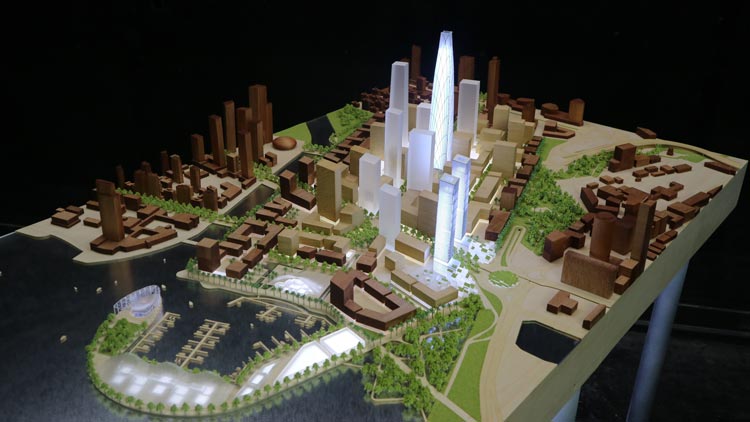 RJ Models precisely illustrated the design concept of SOM in Port City Colombo Project by using light/dark wood color to distinguish the districts of the city.

SOM team highly recognized this architectural model, which precisely illustrated the design concept of the architects and made the people have a clear understanding of the future development of the city.

RJ Models also expressed sincere congratulations to SOM for their winning in this design competition. 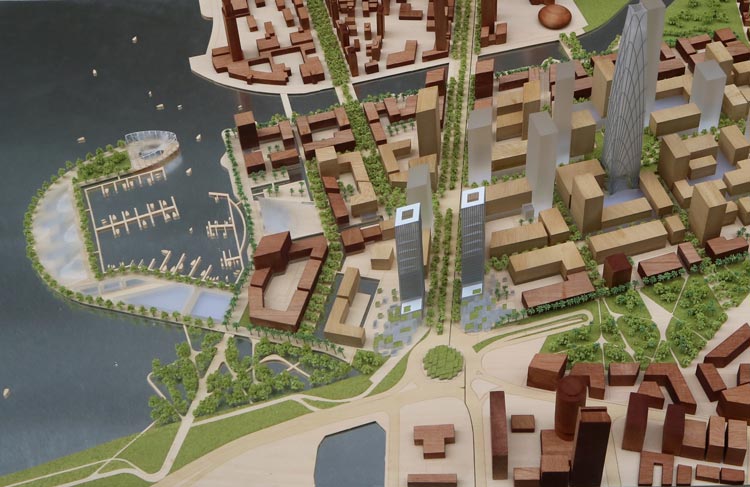 Their persistent hard-working contributed to the company’s countless and tremendous achievements. 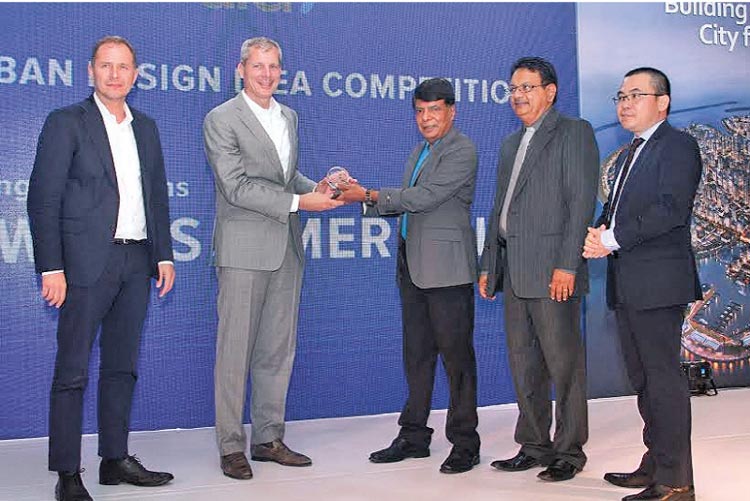 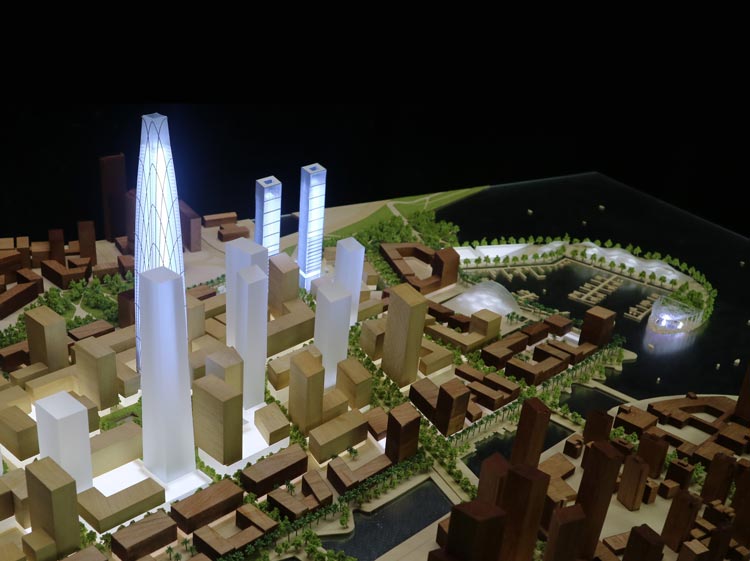